Sometimes practicing sustainability requires us to think outside the box.

When local nonprofit Sustainable Surplus was approached by colleagues at the City of San Diego about finding a home for 150 used bus-stop benches, CEO Sue Prelozni had to put on her thinking cap.  After she exhausted her “green network” in San Diego County, she reached out to her friends at the Binational Coalition of Nonprofits (BCN) in Mexico.

BCN partner, Adolfo Delgado, Executive Director of the Comité Binacional Unidos por la Niñez (CBUN) was able to give her an unequivocal “yes.”  He made a few calls to nonprofit and charitable organizations they serve in Mexico and he committed to taking all the benches.

There was a resounding sense of relief and satisfaction with all parties involved. 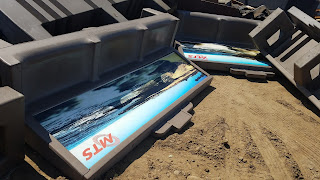 decompose.  “Their footprint in the landfill would have been huge – about 19 cubic yards,” explained Steve Weihe, Recycling Specialist with the City of San Diego Environmental Services Department.

“The City of San Diego’s Environmental Services Department (ESD) staff identified a potential reuse opportunity to divert the bus benches from the Miramar Landfill,” said ESD Director, Mario Sierra. “With assistance from Sustainable Surplus and the Bi-national Coalition of Non-profits, the benches were refurbished and repurposed. Examples like this highlight ESD’s commitment to the City’s Zero Waste Plan.”

Prelozni added, “Our participation in the Binational Coalition, especially our work with Mr. Delgado’s organization, has resulted in a dozen cross-border donations this year.” The coalition was formed in 2017 to facilitate the handling of donated items that cannot be reused or repurposed locally.

According to Delgado, the benches are being distributed in the state of Sinaloa, the cities of Mazatlan and Culiacan; Loreto in Baja California Sur, and in Tijuana, Tecate, Rosarito and Ensenada in Baja California.  “They will be used in parks, churches, schools, and community centers,” he added. 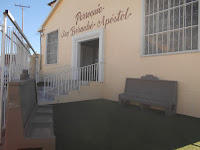 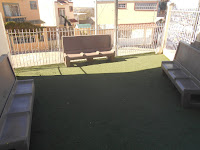 “When we learned that the owner of the old benches was planning to dispose of them in the landfill, we were grateful that Sustainable Surplus stepped up and found new homes for them,” said Rob Schupp Director of Marketing and Communications for the Metropolitan Transit System. “Sustainability is a core value of public transportation and this is a great example of agencies coming together to find solutions that are good for the planet.”

Key to the project is the goal of ongoing sustainability.  Everyone from the City of San Diego, MTS, SSE and BCN agreed that this program should continue as a solution for future redistribution of benches and serve to be an example of environmental awareness to other communities.

Posted by Sustainable Surplus at 7:28 PM No comments: