Posted by Sustainable Surplus at 9:02 AM No comments: 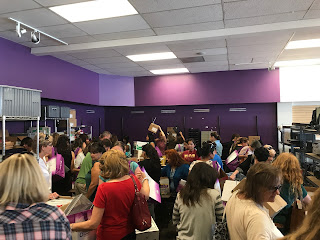 You know summer is ending when the Back to School BYOB is happening!
And it was a great success!
We had 175 people register and we went through 8 palettes of office supplies -
THANKS to Milton's Bakery, we had organic chips to give out, along with super nice reusable shopping bags.  Many teachers used them to fill up with supplies.
Thanks to all our terrific volunteers - BYOB continues to be a winner!

SAVE THE DATE
September 17 for  Lab supplies BYOB 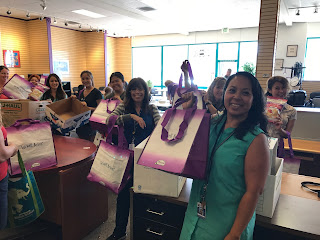 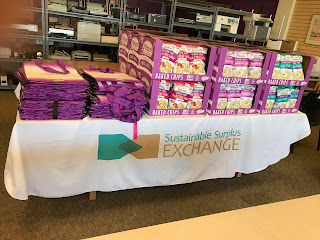 Posted by Sustainable Surplus at 6:06 PM No comments:

Sustainable Surplus aided two more students in its Success 4 Students program by giving them computer set ups including a PCU, monitor, keyboard and mouse.
"We chose two students who are enrolled in the TRIO program at Palomar College," said executive director, Sue Prelozni.Students are chosen based upon their need and status in school.
One recipient, Autumn, is in her first year in college, and is financially on her own. "Having access to a reliable computer will help me spend less time on campus and give me a stable means to complete my assignments," she mentioned.
The other recipient, Eric, will be working on his third Associates degree in Fall 2017 with plans to attend UC Riverside next year. He participates in many campus clubs including the Native America club, MECHA, Muslim student Alliance and the Associated student government where he was a delegate since 2011.

For more information on the Success 4 Students program contact Sue@sustainablesurplus.org

Posted by Sustainable Surplus at 12:02 PM No comments:

Posted by Sustainable Surplus at 10:59 AM No comments:

Until now, SSE has focused on repurposing items to educational, charitable, military and start-up organizations via its online store by the same name.  “This is our first time opening the doors to the general public,” noted CEO Sue Prelozni.  “This expansion supports our mission to divert still useful items from the landfill and make them available for reuse.” 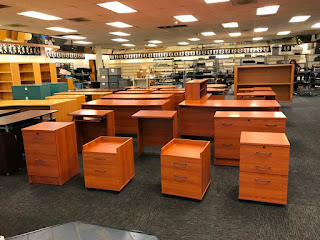 The new ReUse 4 Good shop is located at 302 W El Norte Parkway.  It is a membership thrift shop.  While membership continues to be free for teachers, nonprofit and military families, it is $25 per year for individuals and $35 for small enterprises, giving them access to very inexpensive items. For example, a task chair which resells for $200-$350 only costs $25-$35 at ReUse 4 Good.

The shop will be open on Tuesdays, Thursdays and alternate Saturdays.  SSE is seeks volunteers to help with customer service during shop hours.  To apply, volunteers can contact the office directly at 888.780.4416.

SSE has served close to 900 organizations throughout San Diego County.  Through its reuse program, $3.2 million of items have been redistributed to those organizations, diverting more than 650,000 pounds of solid waste from the landfill.  Companies interested in participating in the program should contact the director at the number listed above.
Posted by Sustainable Surplus at 11:02 AM No comments:

Each month SSE will collaborate with local educational entities to identify a student in need and provide them with items to help them succeed on their educational journey. Items range from computers to office supplies to desks.  The program will accommodate up to four students a month to start. 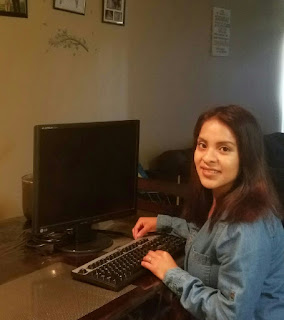 “Recently we helped a single mom, Sofia, who is a student at Mira Costa and is struggling to make ends meet,” said SSE’s CEO Sue Prelozni.  Apparently, Sofia could not afford to buy a computer and was doing her homework on her cell phone.  SSE provided her a computer; the Mira Costa services coordinator, Beatriz Palmer, bought the necessary software program out of her own personal funds.

Sofia commented, “Now that I have my computer I am able to finish my projects from home and can spend more time with my two-year-old daughter.”

Recently SSE learned that Sofia needed a small desk for her apartment.  She offered to buy one, but Ms. Prelozni refused the offer and had a computer desk delivered to Sofia’s home. “We pay it forward in furniture.”

Germany just set a new national record for renewable energy use.
On April 30, 85 percent of the electricity consumed by Germany was generated by renewable sources including wind, solar, and hydroelectric power. Read more here:  http://bit.ly/2qAnXPU
Posted by Sustainable Surplus at 6:29 PM No comments:

SSE to Launch Binational Coalition of Nonprofits with Partner in MX

Local nonprofit, Sustainable Surplus Exchange (SSE) is forming a Binational Coalition of Nonprofits with an organization in Tijuana, Comité Binacional Unidos por la Niñez (Binational Committee United for the Children - CBUN) to facilitate cross-border donation of items and reduce waste from going to the landfill and river.

Both SSE and CBUN have missions to repurpose still useful items to the community and to support the environment.  “It just makes good sense for us to work together and collaborate on projects to increase the number of people who can benefit,” said CBUN Director Adolfo Delgado.  The two organizations are establishing an alliance, along with the governments of Tijuana and Rosarito to strengthen the work they do in the following areas:

Through the alliance, the organizations seek to obtain and share, preferably donated, warehouse space in San Diego’s South Bay to manage the cross border donations of items.   “Too often we have items that cannot be repurposed in the US, but are acceptable for donation to Mexico,” said SSE CEO, Sue Prelozni.  “We’ve been struggling for two years to find a good solution, and with this coalition we are on a good path to do so.”

CBUN and SSE will be hosting a joint media day on May 8, beginning at 10:30 am at City Hall in Tijuana.  According to Mr. Delgado, there will be governmental dignitaries from both sides of the border, joining in the event, including from the City of Tijuana, Councilwoman Monica Vega, President of the Commission to Protect the Environment, City of Tijuana,  Juan Eduardo Pérez Gutierrez, Director of Environmental Protection XXII, and Nayeli Alcocer, Director of the Department of Human Development and Education of CBUN.


From the US, SSE’s team will include Ms. Prelozni and Board Director Charlie Copelan and be joined by Denice Garcia, Director of International Affairs of Mayor Faulconer’s Office, Mayor Serge Dedina of Imperial Beach, Gustavo De La Fuente, Director of the Smart Border Coalition, and Manuel Medrano, Senior Recycling Specialist, Office of Sustainability, City of Chula Vista.
Posted by Sustainable Surplus at 7:43 PM No comments:

"We are so grateful for Las Patronas support -- and the timing is perfect as we prepare to move into another facility," said SSE CEO Sue Prelozni.  SSE will be purchasing furniture dollies, a pallet jack, a handlift truck and other tools to handle the donated items.
Las Patronas is committed to providing financial assistance to non-profit organizations in San Diego County that provide valuable community service and to continuing their tradition of service to enhance the quality of life in our community.  Their giving focuses on the areas of health, education, social services and cultural arts
Posted by Sustainable Surplus at 4:04 PM No comments: 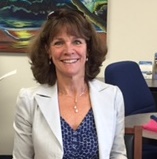 Sustainable Surplus is proud to announce that it's executive director, Sue Prelozni, has been nominated for the prestigious Athena Pinnacle Award.
Athena's Pinnacle Awards exist to recognize extraordinary women, men and organizations who have shown dedication to in promoting Athena's mission of fostering the personal and professional growth of women through mentoring, education, recognition, and leadership training.
Awards are given in seven categories.  Sue is elected for her efforts in green technology. The awards gala will be held May 4 at the Hyatt Regency La Jolla.
Posted by Sustainable Surplus at 12:12 PM No comments:

On the Path to Bi-National Nonprofit Collaboration

In pursuit of cross border donation and environmental education for children, SSE executive director Sue Prelozni and Board Director Charlie Copelan met with the Director of Comite Binacional Unidos por la Ninez, Adolfo Delgado.
One of the goals of the coalition is to facilitate the movement of donated items from the US to Mexico. The organizations plan to acquire and share warehouse space near Otay.
The Comite Binacional is a joint venture with non-profits Bibliotecas Hermanas, Read a Book, Surrendered Ministries, Hilarious Givers and Humanitarian Cruz Verde BC.
Director Delgado said, "It just makes sense to collaborate as our missions and goals are very similar."
"This was the first of several meetings to come," Prelozni added.
Stay tuned for the progress report! 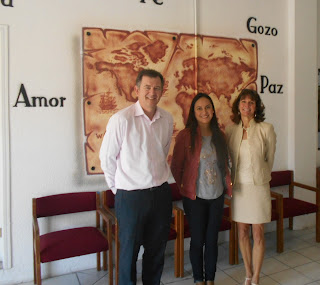 Posted by Sustainable Surplus at 4:46 PM No comments: